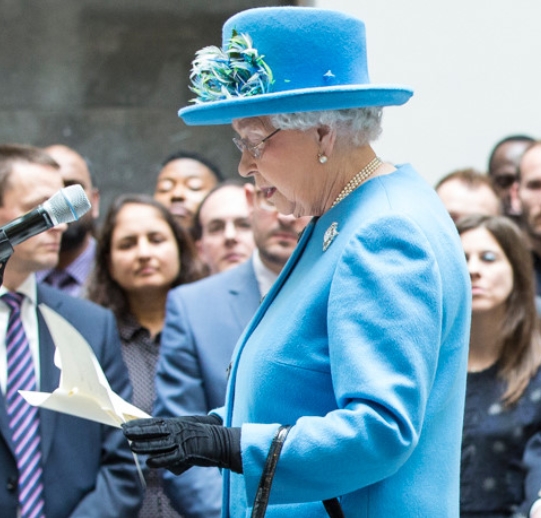 Watching photos and video with royalties, it is possible to ask involuntarily a question whether they are tired to wave sometime a hand, and nobody has in this case wide experience, than the queen. At the same time, if to look narrowly at Elizabeth II’s hands, it is possible to notice one interesting detail – she never leaves gloves. Why?

Gloves – almost integral detail of a royal toilet when she appears in public or in official actions. The company on production of Cornelia James Gloves which took out the royal patent in 1970, explained why we so seldom see Her Majesty without this article of clothing.

As Genevieve James, the creative director and the daughter of the founder of the company, gloves first of all protect the queen from dirt and bacteria as she daily shakes hands of huge number of people.

Gloves first of all protect the queen from dirt and bacteria as she daily should shake hands huge number of people.

According to James, Elizabeth for certain always wears at itself in a handbag two-three pairs of gloves on change.

At the same time, the glover says, the queen does not like to throw away gloves (and money) and will ask “to restore” worn-out gloves rather, than will buy new which cost $150.

“I think that the royal family wants to look in the opinion of others the economical, but not scattered money for such things. She can wear the same gloves of 40 years and pull out such which it is already a lot of years”, – James told.

Besides, the queen just does not want to show others the hands. “When you are a queen and you shake hands with people, you really do not want that they saw yours. The glove on length appears under [sleeve] so the hand cannot be seen”, – she explains.

For many years of a glove of the queen were made of the special, “brushed” cotton. However, according to James, recently she asked to make them easier, and the company ordered 70 meters of cotton jersey (fine knitted fabric, BC comment).” [It] is a lot of gloves, but it is about the queen”, – James told.

On production of each pair it takes from 45 minutes to an hour.

According to the glover, it is so important part of a toilet of the queen that “you will never see her without gloves”.